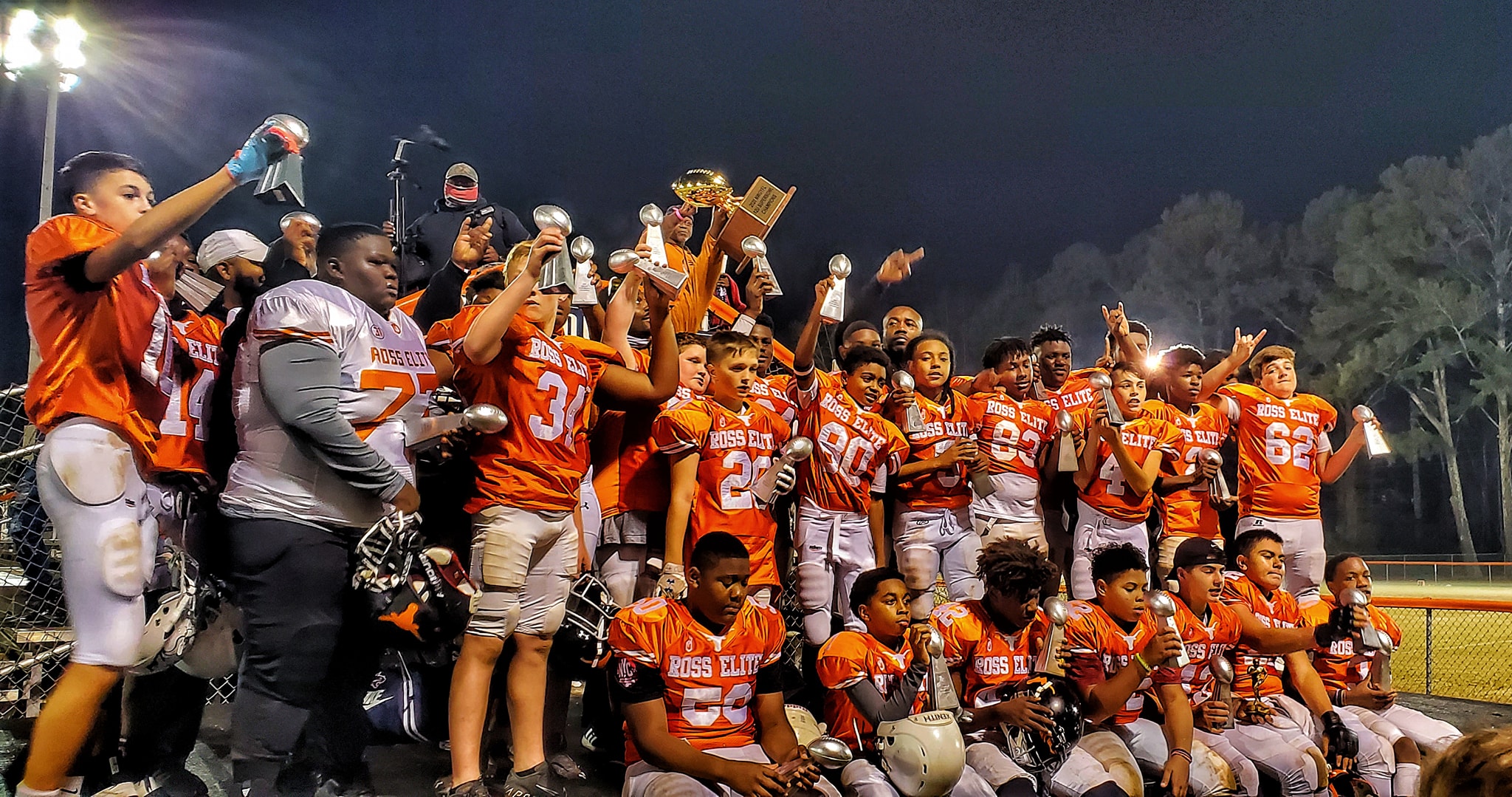 Second year program Ross Elite Longhorns from Villa Rica Georgia wins the NWGYFL Championship at the 12U Division. This football program is lead by former NFL Player & 2X Super bowl champion Aaron Ross. Assisting Ross on the growth of this program is his childhood friend Durrell Steen and three confidants, Trevon Matthews former South Carolina Tight End and two great community dads Darius Ross & Kevin Hamilton. In just two years this group of men have inspired the youth in this small community who havent won much. With a breath of fresh air and a ton of experience the kids are coming from all over to play for coach Ross and his team of community leaders.